Hailed as one of the only success stories to emerge out of the Arab Spring, Tunisia is now facing a significant challenge to its democratic progress. On July 25, Tunisia’s president, Kais Saied, enacted Article 80 of the Tunisia Constitution giving him emergency powers to protect the country from imminent threats. He then used these powers to suspend parliament, lift parliamentary immunity, and fire the prime minister as well as the ministers of justice and defense. 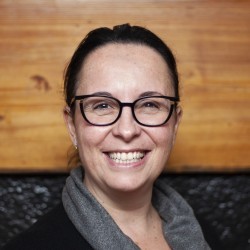 Hailed as one of the only success stories to emerge out of the Arab Spring—the wave of uprisings against repressive rule that swept North Africa and the Middle East in 2011—Tunisia is now facing a significant challenge to its democratic progress. On July 25, Tunisia’s president, Kais Saied, enacted Article 80 of the Tunisia Constitution giving him emergency powers to protect the country from imminent threats. He then used these powers to suspend parliament, lift parliamentary immunity, and fire the prime minister as well as the ministers of justice and defense, saying "We have taken these decisions… until social peace returns to Tunisia and until we save the state." Meanwhile, police stormed and subsequently closed the Al Jazeera office in Tunis, and the government took control of the National Anti-Corruption Commission and put in place travel bans on many civil servants and businessmen. Without a constitutional court to decide on the legality of the president’s use of Article 80, his opponents have called the consolidation of executive power a coup d’état, while supporters have celebrated his decision.

Since the 2011 revolution, Tunisia has struggled with a declining economy, rising unemployment, and pervasive poverty. With one of the highest COVID-19 infection rates in the region, Tunisia has also been hit hard by the pandemic, exacerbating the daily socioeconomic challenges many Tunisians face. In this context, and despite social distancing measures, ordinary Tunisians have taken to the streets throughout 2021 to draw attention to their grievances and demand the government take action to fulfill the promises of the revolution such as addressing ongoing marginalization and corruption. The protests have highlighted mounting public frustration with the political deadlock in the Ennahda-led parliament and the government’s poor handling of the pandemic and economic crisis. In an apparent response to the former, the minister of health was dismissed just days before President Saied invoked emergency powers, and a military doctor was appointed to the lead the ministry and the country’s COVID-19 response and vaccine distribution.

The president has justified his actions as necessary to fixing the country’s political logjam and fighting corruption. Moreover, he promised the extraordinary measures would be temporary and only last 30 days. However, he has since extended the measures indefinitely. Many now fear Tunisia may backslide to authoritarian rule, particularly given that President Saied has made no reference to the transitional justice process on which the country embarked after the revolution, despite his focus on addressing corruption, a unique feature of that very process. In fact, he dismissed the head of the Dignity and Rehabilitation Fund for the Victims of Totalitarianism, the entity established to distribute reparations to victims of the dictatorship. More worryingly, reparations have been presented and are perceived as the excessive demand of Islamists and backers of the Ennahda party, who indeed make up the majority of the victims of the previous dictatorship. Adding to these concerns, so far no one mentioned in the final report of the National Committee to Investigate Cases of Corruption and Embezzlement has been arrested.

For now, as we breathlessly watch events in Tunisia unfold, we are left to ponder two pressing questions. Will dissenting forces in civil society and the general public be strong enough to prevent this dangerous development from thwarting the past 10 years of progress toward democracy? More puzzling still, why in a country that experienced decades of authoritarianism and repression are citizens so readily willing to compromise on political and other fundamental human rights to achieve economic prosperity—when doing so almost never translates into economic and social rights for all?