Leaving Behind the Worst of the Past: Transitional Justice and Prevention in Sierra Leone 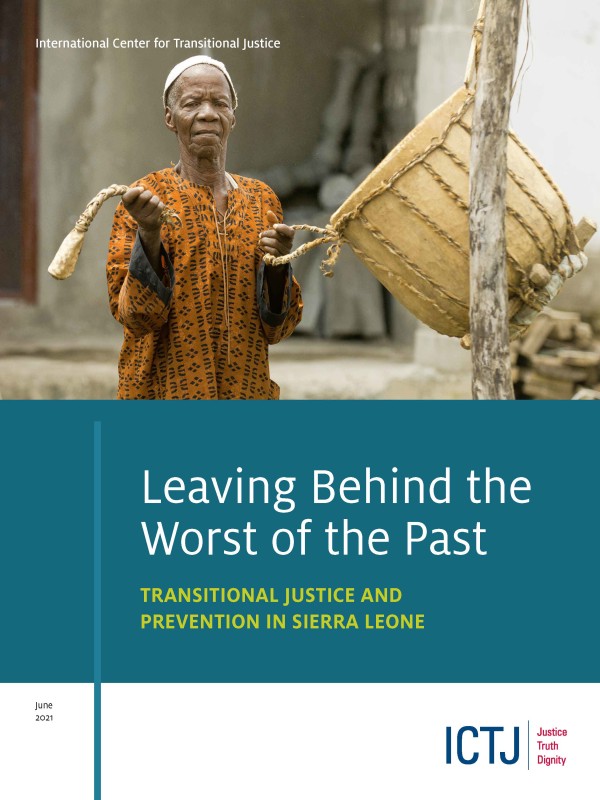 From 1991 to 2002, Sierra Leone experienced a destructive civil war that fomented widespread violence and abuse. To address both the causes and consequences of the war, the country implemented criminal prosecution, a truth commission, a limited reparations program, institutional reforms, and local reconciliation practices. Nearly two decades after the end of the war, the country has avoided the recurrence of violent conflict, made substantial socioeconomic progress, and improved its democratic governance.

This study analyzes how transitional justice in Sierra Leone has contributed to prevention through accountability and redress measures that addressed the grievances of those who were harmed by human rights violations and reduced the exclusion associated with the violence. Institutional and other reforms also helped to address the causes of the past violence and catalyze long-term change. At the same time, however, these contributions were limited in terms of reach and implementation.

Despite these achievements, many of the civil war’s root causes—including poverty, unemployment, illiteracy, and a lack of agency among and recognition of ordinary people—remain unaddressed, and many of its consequences unredressed. The marginalization of young people, a key factor in the onset of the war, continues to be a societal problem. At the political level, ethno-regional-based approaches have deepened divisions and ethnic tension and increased the risk of instability.

While transitional justice has helped Sierra Leone to avoid the recurrence of the worst of its recent past, a more comprehensive approach to sustainable peace and development is needed to address the historical legacies of the conflict and meet the current challenges. This approach will demand enormous political engagement, willpower, and resources, as well as community-based mobilization. It will also require following through on transitional justice processes, such as fully implementing the truth commission’s recommendations, and a range of additional political, social, and economic measures.