Moving from Mirage to Reality: Transitional Justice and Prevention in Morocco 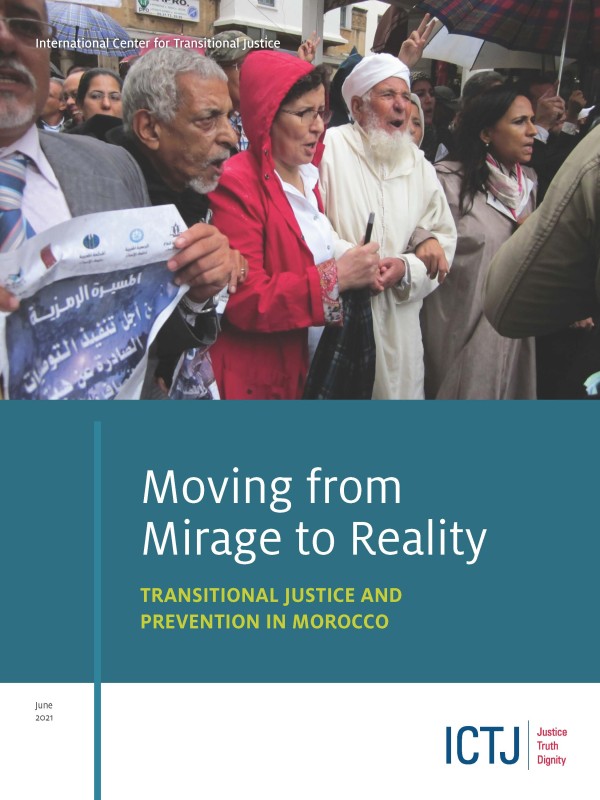 This study examines how transitional justice in Morocco has contributed to the prevention of serious human rights violations, mainly related to state violence and repression and social and economic exclusion. Beginning in the 1990s, Morocco’s a constitutional monarchy engaged in a process of liberalization that included efforts to address past grave human rights violations. In the 2000s, these efforts centered on the Equity and Reconciliation Commission (IER), a truth-telling initiative that recommended and helped bring about other transitional justice processes such as reparations, the preservation of memory, and a series of institutional and legal reforms intended to prevent the recurrence of those violations.

Despite the political liberalization that was underway, Morocco’s transitional justice efforts were not undertaken in a context of regime change. Morocco’s experience nevertheless suggests that limited political reform can have real but restricted impact on the prevention of human rights violations. As a truth-telling measure, the IER diagnosed some of the wrongdoings of the past and called for reform to prevent their recurrence. Reparations provided important benefits to victims that had improved inclusion, while collective reparations drew attention to regional exclusion and inequality. Beginning in 2011, a new constitution facilitated institutional and legal reforms that had been recommended by the IER, many of which included the protection of human rights.

The fact that the regime that was responsible for past human rights violations remained in control of the transitional justice processes—and at the same time it was perpetrating abuses in the name of anti-terrorism—however, has undermined the legitimacy of those processes and constrained their preventive impact. While the Moroccan monarchy may have no desire to return to the widespread repression of the Years of Lead, the persistence of human rights violations, corruption, inequality, and social unrest in the country suggests that a transitional justice approach that is more comprehensive and inclusive and, in the end, more fully implemented has the potential to make a greater contribution to preventing future wrongs.