Setting an Agenda for Sustainable Peace: Transitional Justice and Prevention in Colombia 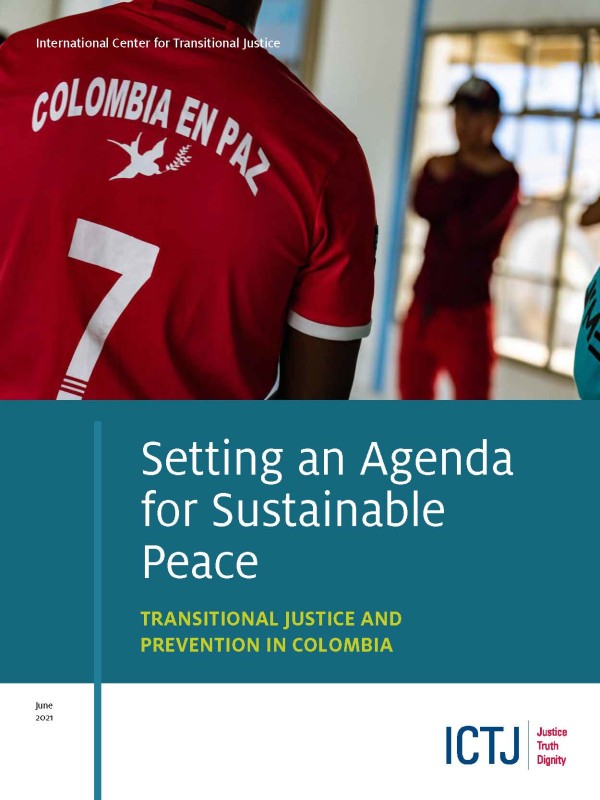 This study examines the preventive impact of transitional justice mechanisms created in Colombia before the 2016 peace agreement, namely the 2005 Peace and Justice Law and the 2011 Victims and Land Restitution Law. It finds that transitional justice has contributed to prevention in a number of ways, including by: (1) improving institutional responses for victims of human rights violations and creating spaces for participation; (2) adding issues to the public agenda, such as those related to economic and political networks supporting armed groups and the need to address the plundering of land; (3) developing a culture of awareness and respect for human rights; and (4) strengthening leadership within victims’ communities and facilitating the reintegration of victims into public life.

The report also concludes, however, that these transitional justice processes have not done all that they could to promote the structural social changes necessary to resolve the underlying violent dynamics, especially in matters of inequity and discrimination, leaving the door open for future violence. Little progress has been made in addressing economic, social, cultural, and environmental rights violations, and insufficient attention has been paid to gender and ethnic discrimination. Where progress has been made in areas such as land restitution and participation, it has been limited by a lack of coordination between the national and local levels, a dearth of political will, and an ensuing failure of implementation.

The study demonstrates that pursuing transitional justice in contexts of ongoing violence requires coordination between the justice and security sectors that depends on a holistic view of security and sustainable development. Additionally, it suggests that transitional justice processes have to work in tandem with the institutions set up to more directly address the structural problems of inequity and inequality. Finally, it contends that promoting the rights to truth, justice, reparation, and nonrecurrence requires a strategy to comprehensively address the associated demands and expectations.