Criminal Justice and Forced Displacement in the Former Yugoslavia 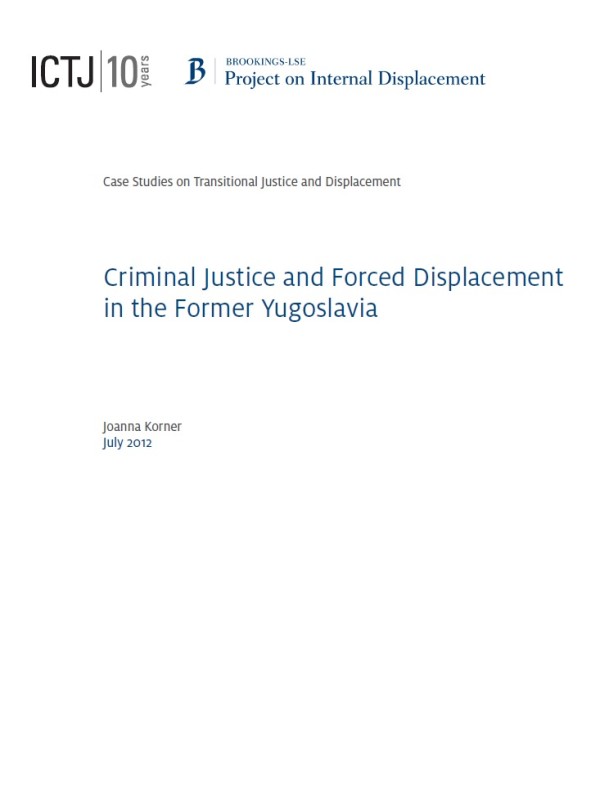 This paper is concerned with the relationship between criminal justice and displacement that has taken place as a result of serious violations of international humanitarian law, and considers these issues within the context of justice efforts in the former Yugoslavia. It argues that in some transitional contexts, forced displacement can be so integral to the abuses committed in a conflict that the issue should be included in efforts to criminally prosecute perpetrators. The first section presents the international legal framework for prosecuting forced displacement as a war crime and a crime against humanity. The second section reviews the work of the International Criminal Tribunal for the former Yugoslavia (ICTY) in relation to the ethnic cleansing that was such a prominent feature of the Yugoslav conflict in the early 1990s. The next two sections examine some of the main challenges the ICTY faced in the investigation and prosecution of crimes related to displacement. The final section considers the extent to which criminal prosecutions can contribute to the resolution of displacement.