Tunisia continues to take steps to fulfill its commitments under its ground-breaking Transitional Justice Law and realize the goals of the 2011 revolution. But a rocky start to the country’s new truth commission and proposed reconciliation-cum-amnesty legislation could undermine these efforts, according to a new paper by ICTJ. 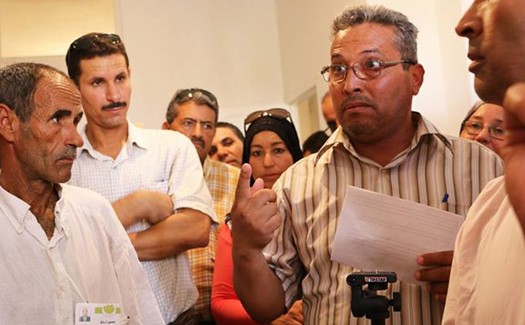 TUNIS, September 29, 2015 – Tunisia continues to take steps to fulfill its commitments under its ground-breaking Transitional Justice Law and realize the goals of the 2011 revolution. But a rocky start to the country’s new truth commission and proposed reconciliation-cum-amnesty legislation could undermine these efforts, according to a new paper by the International Center for Transitional Justice. If not corrected soon, Tunisia is at risk of missing a historic opportunity to uncover the truth about human rights abuses committed during the Ben Ali regime and dictatorship period.

With the law, Tunisia created sound institutions to address the legacy of its violent and repressive past. The ICTJ paper describes the efforts made so far to collect testimonials from victims, create a reliable historical record of abuses, try cases in special chambers, and provide reparations to victims.

“Tunisian victims, their families, human rights activists, and diverse sectors of society continue to demand the truth about past human rights violations. They have come out by the thousands to testify before the truth commission,” says Rim El Gantri, ICTJ’s Head of Office in Tunisia and author of the paper. “After nearly 60 years of dictatorship, it’s not surprising that people want answers to questions like what happened, to whom, by whom, and why.”

Yet, the paper explains that the new political environment has complicated the work of the truth commission and other transitional justice initiatives. Specifically, the paper counters the claim from some political circles that revealing the truth about past violations and holding perpetrators accountable will undermine state security or hamper economic growth.

According to the paper, transitional justice initiatives will need to seek and secure strong public support to counterbalance the diminished political will to follow through on commitments made in the Transitional Justice Law.

The paper calls on the Truth and Dignity Commission to adopt a more open and interactive approach, and implement a communication and outreach strategy, so that the public better understands its purpose and mission.

“The low level of civil society’s involvement in the early stages of the truth commission has come at a high cost,” said El Gantri. “Experiences in other countries, like Peru and Sierra Leone, show that truth commissions are strongest when civil society groups are engaged and involved in the full process.”

Among its recommendations, the paper urges the truth commission to provide meaningful opportunities for victims and civil society to participate in transitional justice policies and ensure transparency in the process.

The paper also reminds the government that other accountability processes, such as reparation, institutional reform, and criminal justice, need to advance simultaneously with the truth commission, as envisaged by the Transitional Justice Law, in order to have their full impact.

“If Tunisia follows the course of a credible and participatory process, it will demonstrate that achieving justice for all Tunisian citizens is a complex, but feasible, process,” says El Gantri. “It will set an example for the region and the rest of the world.”

The full paper can be downloaded in English and Arabic.