Story of Change: Ex-Combatants in Colombia Acknowledge Their Crimes

Alonso Ojeda Awad and Medardo Correa joined Colombia’s notorious leftist guerrilla group the National Liberation Army (ELN) in their youth. After fighting with the group for several years, they and a handful of other ELN members demobilized voluntarily in the 1980’s. But it was not until 2019 that they were able to sit down with former members of paramilitary groups to discuss acknowledgment and responsibility for past crimes, reparation, and the importance of non-recurrence. 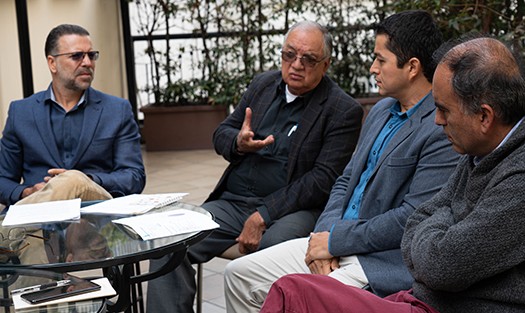 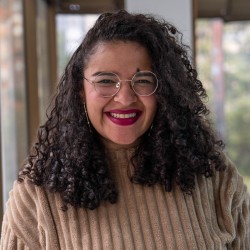 Alonso Ojeda Awad and Medardo Correa joined Colombia’s notorious leftist guerrilla group the National Liberation Army (ELN) in their youth. After fighting with the group for several years, they and a handful of other ELN members demobilized voluntarily in the 1980’s.

“Life could not go on like this, burying colleagues, friends, compatriots. We buried people on our side; and on their side, just as Colombian as ours, they buried police officers and soldiers. We caused that. That is when we knew it was time to demobilize,” Ojeda Awad explained at the 2019 Ex-combatant Narratives Roundtable in Bogotá. Co-organized by ICTJ, the civil society organization ABCPaz, and the Colombian Truth Commission, the roundtable brought together ex-combatants of demobilized guerrilla and paramilitary groups over an eight-month period for earnest discussions about their past wartime actions.

Even after laying down their weapons over 30 years ago, the two aging men, whose eyes radiate patience rather than fury, were reluctant to meet with and speak to former members of paramilitary groups. To their surprise, after months of intense conversations, they found themselves sitting among former enemies—previously paramilitary leaders—at times laughing, seemingly as comfortable as if they had been with old friends.

The process leading up to this moment was by no means an easy one. Alongside the Truth Commission, ICTJ had been nudging ex-combatants for years toward such heartfelt conversations and meaningful acknowledgment of their responsibility for past crimes. The commission and its partners, for instance, frequently coached ex-combatants and victims at regular preparatory sessions. Finally, over this last year, ex-combatants officially acknowledged responsibility for past crimes in multiple private and public hearings and events held by the Truth Commission.

The road to forgiveness, however, is neither linear nor smooth. The statements of acknowledgment have been met with sternness, doubt, and even disbelief on the part of many victims. Victims who participated in the commission and listened to the former combatants have demonstrated incredible bravery and fortitude. They have opened up the possibility for reparation and the mending of ties once severed by seemingly irreconcilable feuds.

Roberto Lacouture, a kidnapping victim, is skeptical of the transitional justice process in Colombia. Moved to tears, he spoke at the event where former members of the Revolutionary Armed Forces of Colombia (FARC) acknowledged their responsibility in kidnappings. “I am here, even though I don’t believe or agree with this [process] because I want to say that this process should continue and that these ex-combatants must not rearm themselves no matter what.”

The participants in the roundtable, Correa and Ojeda Awad among them, agree and believe ex-combatants should never again engage in conflict. In a joint statement closing the eight-month-long roundtable discussions, they concluded, “We must surround and support the Comprehensive System of Truth, Justice and Non-Recurrence in Colombia to make our peace a reality.”