A Step Toward Justice in Syria

On Thursday, January 13, 2022, the Higher Regional Court in Koblenz, Germany, convicted Anwar Raslan, a senior official in the Syrian government, for crimes against humanity. The landmark trial, the first ever to prosecute a member of Bashar al-Assad’s regime for such crimes, highlights a crucial component without which Raslan would never have been convicted: the role of victims in achieving justice. 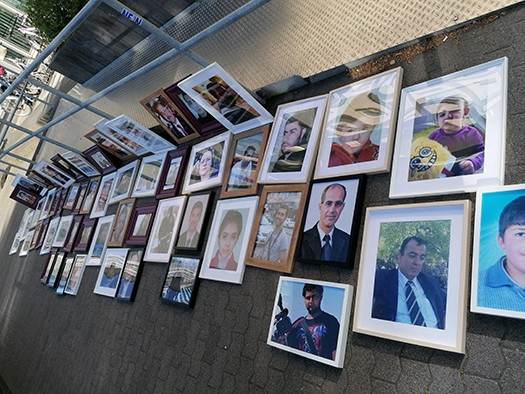 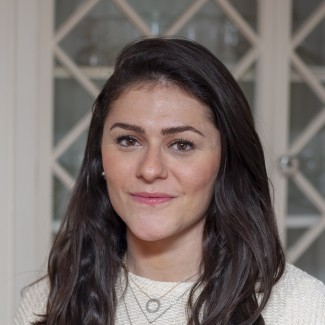 On Thursday, January 13, 2022, the Higher Regional Court in Koblenz, Germany, convicted Anwar Raslan, a senior official in the Syrian government, for crimes against humanity. The court found Raslan guilty of complicity in 4,000 cases of torture, 27 murders, and two cases of sexual assault in Syria and sentenced him to life in prison. The landmark trial, the first ever to prosecute a member of Bashar al-Assad’s regime for such crimes, highlights a crucial component without which Raslan would never have been convicted: the role of victims in achieving justice.

The trial brought forth testimonies from 50 victims, 25 of whom were co-plaintiffs. They included direct survivors of physical and psychological torture as well as family members of victims who were killed or disappeared. Nuran al-Ghamian, one of the few female torture survivors to appear before the court, described the atrocious conditions of the prison where she was held and the sexual violence and other abuse she and other female inmates faced. These testimonies took the judges inside the walls of one of Syria’s most infamous prisons and offered a glimpse of the true horrors going on in Syria.

The verdict amplifies the voices of these and other victims and sends a clear message to perpetrators of such violations that they should not rest easy. It is also a victory for the many human rights defenders, activists, and lawyers who have dedicated the past 10 years of their lives to pursing justice for victims, many of whom were themselves detained and tortured.

The fight for accountability and against Bashar Assad’s concerted effort to silence his people has only just begun. Over two dozen criminal cases related to the Syrian conflict and based on the principle of universal jurisdiction have been opened in Europe alone; and over a hundred investigations are underway in specialized war crimes units.

On January 19, less than one week after Raslan was convicted in Koblenz for crimes against humanity, a Syrian doctor accused of torture and murder stood trial in Frankfurt. The Alaa Mousa case broadcasts another strong signal to the Assad regime and to the international community that Syrian victims and families will not stop until they have the answers they are seeking and achieve the justice to which they have the right.

More is soon to come out about the torture and other inhumane tactics that the Raslan case exposed, including beatings, whippings, and electric shock—tactics that the regimes of both Bashar al-Assad and his father Hafez have used to instill fear in Syrians for generations. The case has confirmed that the regime’s security and intelligence structures are deeply embedded in all facets of Syrian life, bolstered by a web of detention centers where torture is commonplace. Although Raslan was not charged with the crime of enforced disappearance, victims’ testimony during the trial shined a spotlight on this most pernicious violation. One witness, known as “Z 30/07/19,” described in detail the regime’s systematic use of mass graves in the province of Damascus to dispose of executed disappeared persons and detainees.

As before and during the Raslan trial, Syrian civil society and victims’ groups continue the hard work of documenting the regime’s many crimes and lifting up the voices of Syrian’s many victims and their families in their pursuit of truth, justice, and redress. It was in part their efforts that inspired victims to come forward to testify and to demonstrate and participate in a public art installation outside the Koblenz courtroom to raise awareness. Other initiatives such as the Freedom Bus tour organized by Families for Freedom, a women-led campaign for the rights of Syria’s disappeared and detained, have similarly drawn public attention to the issue while galvanizing victims and their families into action.

The Raslan verdict moreover marks an important milestone for victims and families whose loved ones remain missing around the world, as they struggle to rebuild their lives. It offers them hope and inspires them to fight on. More and more Syrian victims are coming forward and making their voices heard, even as the regime continues to deny that it tortures detainees. The trial has also reminded the world that countless victims in Syria have disappeared without a trace.

PHOTO: Portraits of Syrian detainees are displayed outside the Higher Regional Court in Koblenz, Germany, where the trial of Anwar Raslan began in April 2020. (Violations Documentation Center in Syria Project)