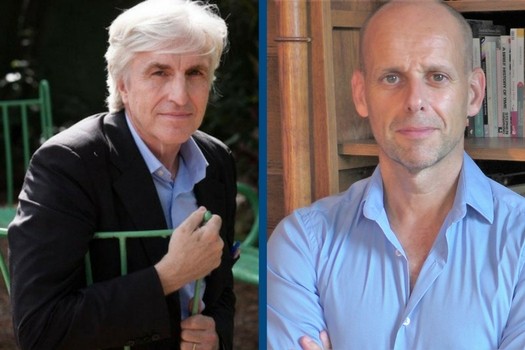 **NEW YORK, March 15, 2018—**The International Center for Transitional Justice (ICTJ) announces the departure of David Tolbert, President of the ICTJ, after eight years of service. David Tolbert was appointed president of ICTJ in March of 2010. He led the center’s evolution as it continued to pursue justice around the globe in changing times.

“ICTJ is grateful to David for his years of dedicated service,” said Kofi Appenteng, ICTJ’s Board Chair. “His tireless commitment to the defense of human rights and his extraordinary leadership have enabled ICTJ to address the demands of the most vulnerable victims for accountability and redress.”

In addition to his leadership and managerial responsibilities at ICTJ, Tolbert worked on a range of human rights and justice issues during his tenure as President, including through a wide variety of interventions and publications. He strongly supported gender justice efforts and addressed these issues and the child solider phenomena in presentations to the UN Security Council and other fora. Working with a variety of states and civil society groups, he led efforts to support domestic war crimes prosecutions, truth commissions and other accountability processes through high level meetings as well as work in conflict zones, highlighting the role of victims and the issues linking peace and justice. He made important contributions to the Center’s work on the Colombian peace process and its work in Tunisia with the Truth and Dignity Commission as well as a variety of other contexts. Tolbert also directly led ICTJ’s efforts to address issues of racial injustice in the United States.

Tolbert joins the Sanford School of Public Policy at Duke University as a Visiting Scholar, supported by the Ford Foundation. He will focus on tackling racial injustice in the United States and analyzing how transitional justice processes can contribute to dismantling systemic racism, as well as on the challenges facing international justice. As a member of ICTJ’s Advisory Board, David will continue to lend his vast expertise to the Center.

David and Fernando have worked together at the helm of ICTJ since 2014. Since September 2017, they have co-led an institutional assessment of ICTJ, streamlining the center’s leadership structure and designing the new Strategic Plan (2018-2022), a roadmap for strengthening the center’s focus on knowledge development and innovation to provide its tailored technical support and advice in a broader array of contexts.

Fernando Travesi was named Executive Director of ICTJ in August 2017, following his service as ICTJ Deputy Program Director. An international lawyer, humanitarian, and a recognized transitional justice expert, Fernando has provided strategic direction and oversight to the ICTJ in numerous contexts, including its groundbreaking work on the Colombia peace accords and on developing innovative approaches to addressing demands for accountability in Syria. Previously, he held leadership positions at the United Nations and the International Committee of the Red Cross and nongovernmental organizations working in Albania, the Balkan region, Sierra Leone, Nepal, Colombia, and Tunisia.

“The Board of Directors welcomes Fernando and values his dedication and the wealth of his experience on the ground, in policy fora, and as a human rights activist” said Appenteng. “The Board believes that the mission of ICTJ will be ably served by Fernando because of his strategic vision, knowledge of the field, and his capacity to build coalitions among local, national, and international actors.”

“In these complex times, ICTJ’s work remains urgent and needed. While we are sad to say goodbye to David, to whom we are obliged for his achievements, we are more committed than ever to advancing our work under Fernando’s direction,” said Appenteng.

ICTJ’s key objective over the next four years is to ensure that transitional justice remains at the forefront of policymakers’ and victims’ considerations as they design and implement processes that address the causes and consequences of massive human rights violations and lay the foundation for peace, justice, and inclusion.