After the Rupture: Understanding Transitional Justice and Reconciliation 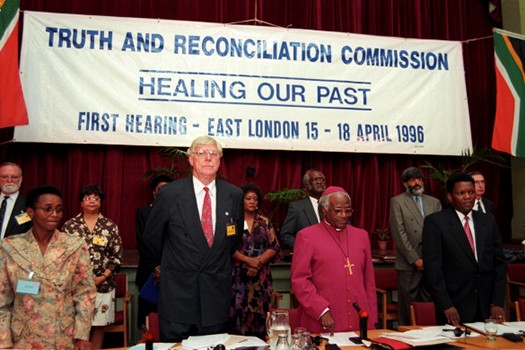 Transitional justice processes usually take place in countries where the social order has ruptured and given way to mass atrocities. For violations to rise to the scale of tens of thousands, the bonds that underpin a society are obliterated in the name of a political or ethnic cause, and crimes are often driven by dehumanization of the perceived enemy. In the aftermath of such massive violence, victims struggle to coexist with perpetrators or to trust the state; likewise, perpetrators often find it difficult to reintegrate into a society ruptured in part by their actions. Reconciliation – building or repairing these relationships after massive human rights violations – is seen as both an aim and a contribution of transitional justice in such societies.

A new paper by ICTJ Vice President Paul Seils examines the relationship between reconciliation and transitional justice and unpacks these questions. Seils explains that while transitional justice processes can contribute significantly to reconciliation, the two are distinct and each depends heavily on context. Drawing on experiences from South Africa to Morocco to Tunisia, he then examines the ongoing conversations around the possibility of reconciliation in Syria.

How Context Dictates Reconciliation as an Aim of Transitional Justice

“As with transitional justice generally, context determines to a large extent what reconciliation means, what relationships need to be restored, and how much progress can be made,” Seils says. The type of violence a society is emerging from can determine the role reconciliation plays in its transitional process. For instance, post-conflict societies may emphasize reconciliation as it pertains to coexistence, whereas fragile states with weak institutions may seek reconciliation as a means towards resilience.

Context also determines the degree to which reconciliation is the focus of a transitional justice process. When there has been a clear break from the past, or where there are still strong links to the old regime, reconciliation is on the margins of a process, if present at all. However, in countries where an abusive government has been removed from power but significant continuities with the past remain, as in South Africa and Chile in the 1990s, reconciliation features more prominently.

Chile was the first country to explicitly connect the pursuit of truth to the goal of reconciliation with its Commission in 1990. The architects of the transition from Pinochet’s dictatorship sought a political reconciliation among a polarized society of left and right much more than an inter-personal reconciliation based on acknowledgment of the regime’s criminals.

In 1995, South Africa established the Truth and Reconciliation Commission (TRC). As its name implies, it was charged with not only unpacking the truth about decades of apartheid following the removal of the government, but with repairing the relationship between the black and white populations so fractured by brutal policies. Discourse around the TRC, particularly from its chairman, Archbishop Desmond Tutu, called for reconciliation while leaning on religious concepts. Through repentance and forgiveness, the TRC said, South Africa could begin to reconcile and form the basis for renewed community.

However, while some victims did indeed offer forgiveness, for the most part perpetrators did not come forward or acknowledge their crimes. Now two decades on, few would argue South Africa has achieved the reconciliation the TRC sought. Despite progress, racial gulfs and economic disparities persist.

The South African and Chilean experiences underlines many of the uncertainties around the relationship between transitional justice and reconciliation, Seils says. “Both experiences highlight challenges connected to reconciliation. For many in Latin America the use of the term was seen as code for impunity and a free pass for regime criminals. In South Africa it has sometimes been seen as imposing an unwarranted burden on victims to forgive while glossing over the lack of genuine acknowledgment or remorse on the part of those who committed atrocities”. 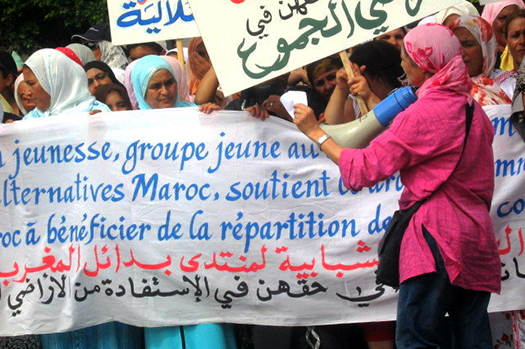 Sit-in in front of the parliament in Rabat by women of collective lands from various regions in Morocco, protesting discrimination in compensation practices that favor men over women, July 2, 2009. (Women’s Learning Partnership Morocco) ## A Participatory Process: Reconciliation as an Outcome of Transitional Justice

To the extent that transitional justice processes succeed in recognizing victims, restoring trust (in the state and one’s fellow citizens), and preventing future violations, they may positively contribute to reconciliation in different contexts. Beyond these factors, Seils argues that public participation in transitional justice mechanisms can determine the degree to which they lead to reconciliation.

“Potentially more important for reconciliation than the results of specific mechanisms, however, are the processes through which those mechanisms come about—the discourse in which they are discussed, the decisions through which they are shaped, and their participatory nature,” he says. “Process, therefore, can embrace consultation, media relations, gender sensitivity, political alignment and broad civil society engagement.”

Morocco illustrates the importance of public participation in fostering reconciliation. Beginning in the 1990s, the state sought to confront decades of government abuses. It granted amnesties to hundreds of political prisoners; it returned the forcibly disappeared; it created a body to provide reparations to victims; and it established the Equity and Reconciliation Commission (IER) to investigate violations dating back to 1956.

Throughout this process, the state responded to civil society activists, which ultimately fostered a political community based more in openness, inclusion, fairness and dignity than it had previously been. Attempts to involve marginalized communities in the IER’s work contributed to this shifting dynamic: the IER held public hearings throughout the country and allowed those testifying to choose their preferred language.

These efforts had a profound effect on the relationship between the state and its people. By creating the IER and responding to civil society activism, it cultivated a relationship with its citizens that acknowledged the abuses of the past but which was not defined solely by them.

Transitional Justice Mechanisms as an Obstacle to Reconciliation

"It can be misleading to presume that all transitional justice measures lead to an outcome of reconciliation in the short term, especially if the notion is a simplistic one," Seils says. "Complex notions of reconciliation premised on respecting the rights and dignity of others might often mean confronting hard truths that make for uncomfortable experiences in the short and medium term but are necessary for deeper reconciliation to take root."

While reconciliation is understood as a process of building or rebuilding relationships after massive violations of human rights, there are different sorts of reconciliation that fit under that broader umbrella. Individual, interpersonal, institutional, and socio-political reconciliation are each distinct outcomes that can occur independently or simultaneously in a society.

After the trauma imposed by human rights abuses, victims may have to reconcile themselves with their past experiences. Work alongside victims underlines the need for psychosocial care that helps assimilate lived experiences into new conceptions of themselves and their relationship to the society.

To repair the relationship between victims and perpetrators, interpersonal reconciliation can rest on the acknowledgement of the past, reform, and forgiveness between individuals.

Socio-political reconciliation focuses on relations between groups—social, political, ethnic, religious, or other—in divided societies. It can involve the creation of a political community based on openness, inclusion, fairness, and diversity that seeks to include previously marginalized sections of the population.

Reconciliation rests on a spectrum with two poles: on one end is “thin” reconciliation, coexistence of all involved in repression or conflict, but with limited understanding or cohesion between the parties. On the other end of that spectrum lies “thick” reconciliation. In instances of thick reconciliation, the relationships of those involved in violations have been rebuilt on the basis of trust, respect, and shared values, all of which may contribute to the restoration of victims’ dignity that may have been lost as a result of violations.

“Restoring dignity in this sense may require processes aimed at countering negative attitudes, restoring those who suffered violations to their proper position as rights bearers and citizens, and reversing or reducing the structural causes of marginalization and discrimination. It is victim centered to the extent that it means not only recognizing the harms done through acknowledgment measures but also taking seriously the social and economic harms that have been caused by violations and taking steps to remedy them,” says Seils.