Handbook on Complementarity: An Introduction to the Role of National Courts and the ICC in Prosecuting International Crimes 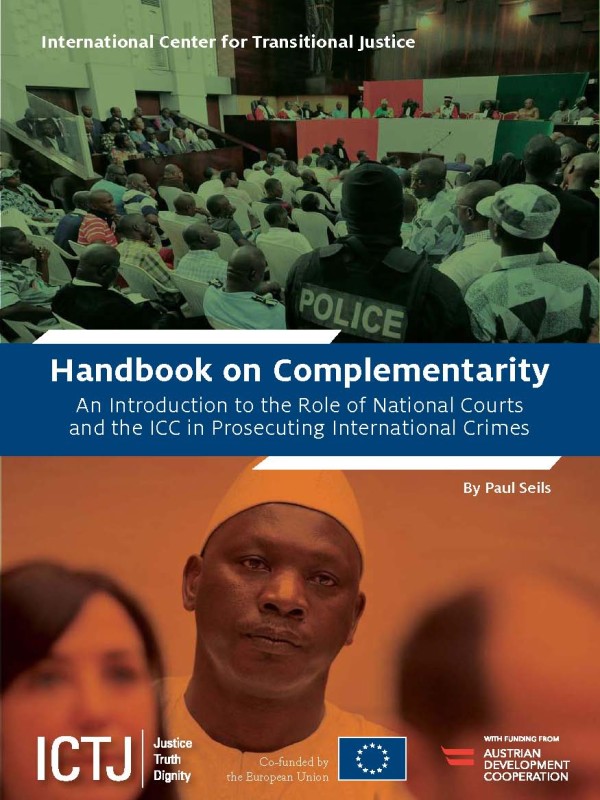 How complementarity works and what its impact has been on the ICC and national authorities are critical aspects of today’s debate about how best to pursue justice for victims. The 100-page book, available for free download, describes the current laws and practices related to complementarity for readers who are not specialists.

Readers will not find in the handbook discussions of the merits or demerits of particular ICC cases – or opinions on if the ICC prosecutor should have brought charges against one suspect over another . Nor will they find inroads on questions like whether the ICC has unjustifiably targeted African leaders.

Instead, by describing how complementarity works in practice and how it has been applied in countries like Afghanistan, Colombia, Cote d’Ivoire, the Democratic Republic of the Congo, Kenya, and Libya, the handbook is meant to provide readers with a deeper understanding of the inner workings of the ICC and national courts and make some of the debates surrounding the court more critical and less polemical.

"At the heart of the new system that emerged from the Rome Statute was the idea that the courts at the national level should deal with cases of serious crimes first and foremost." 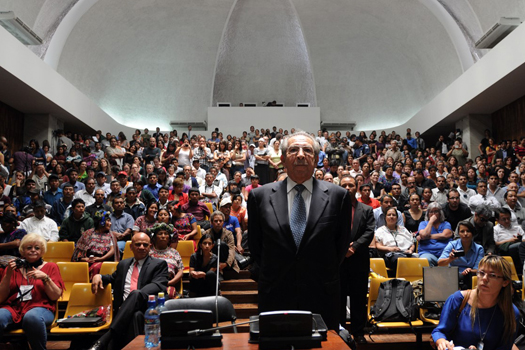 It was in the late 1990s, after the genocides in Rwanda and the former Yugoslavia, that governments were moved to come together to create an independent, permanent international criminal court that would be powerful enough to hold accountable those most responsible for serious crimes— regardless of their rank.

It was decided early on that the ICC would accept no immunities, no amnesties, even for those at the very top.

At the heart of the new system that emerged from the Rome Statute was the idea that the courts at the national level should deal with cases of serious crimes first and foremost. The ICC should only deal with cases under very limited circumstances, as a court of “last resort.”

There are at least four reasons for the complementary system:

Having primary jurisdiction would have meant that the ICC would have the power to deal with any case, even if the national authorities were already trying to do so.

Arguments in favor of a complementary system won out, mainly because states held firm to the notion of state sovereignty. Indeed, the ICC, as a voluntary treaty body, is grounded in the consent of states that sign up to its terms.

Another reason for giving primacy to national courts was efficiency: It is typically more practical and less expensive for courts trying cases to be near the alleged victims, perpetrators, and crime scenes and to use local languages.

But for many working on issues of the rule of law and transitional justice, one of the main reasons for valuing national proceedings above international ones wherever possible is that they can help to restore public confidence in national institutions that failed citizens, as often happens amid conflict or repression.

“When done properly and fairly, national proceedings can help restore public trust in the basic rules of society and show victims that their rights are taken seriously” says Seils.

Article 17: Rules for Resolving Where to Try a Case

In reality, everything that falls under the concept of complementarity actually relates to questions of admissibility: whether or not a case is admissible before the ICC.

To make a case inadmissible, a national authority must show that it is already dealing with a case that sufficiently mirrors the ICC’s case.

Article 17 describes the three scenarios for finding a case inadmissible:

It then goes on to provide two exceptions to the admissibility rule if national authorities are already dealing with the same case: if they are either unwilling or unable to carry out fair proceedings.

In its essence, Article 17 provides the rule for resolving a conflict of jurisdiction between the ICC and the national court. It helps determine which court has the ultimate right to investigate and try a case.

"At the heart of the new system that emerged from the Rome Statute was the idea that the courts at the national level should deal with cases of serious crimes first and foremost." 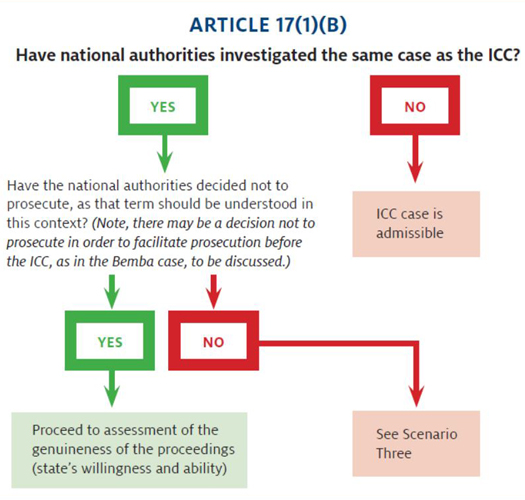 Have national authorities investigated the same case? ### The Two-Step Process of Complementarity

As the handbook explains, the ICC has made it clear that a challenge of inadmissibility has to be dealt with in a Two-Step Process.

The handbook provides readers with helpful infographics to navigate this process, which is the crux of the complementarity system.

The Two-Step Process asks slightly different questions depending on which stage of proceedings the national authorities may be in. Only if you understand how the process works will you understand the right questions to ask about complementarity.

For example, if the state informs the court that it has already investigated the same case and decided not to prosecute, Article 17(1)(B) applies.

In this scenario, one must verify the facts by answering a question in composite form: Has there been an investigation into the same case AND did the state decide not to prosecute the suspect?

If the answer to either part of that question is NO, the ICC case is admissible. If the answer to both parts is YES you need to move an evaluation of whether the state decided not to prosecute because of an unwillingness or an inability.

The evaluation, or assessment, of the state’s willingness or ability to carry out genuine proceedings is conducted by ICC judges based on evidence and information provided to it by the state having jurisdiction regarding any national investigations or prosecutions that may be taking place in relation to the same suspect or same conduct. If the judges determine that the state decided not to prosecute because it was unwilling or unable, the case is admissible before the ICC. 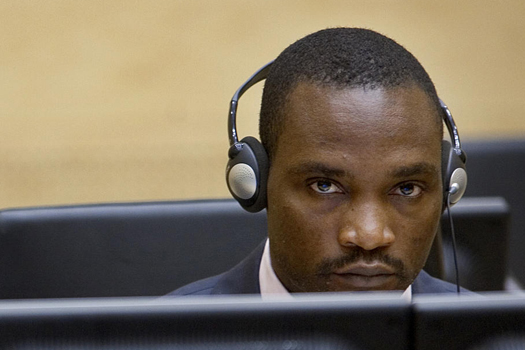 Germain Katanga appears for the first time before the ICC, July 10, 2009. (ICC-CPI / Robert Vos) ### The Katanga Case and the ‘Slogan’ Version of Complementarity The Two-Step Process was a critical issue in the case of Germain Katanga, who was tried at the ICC in The Hague from 2009 to 2014. It presented the ICC with its first chance to consider a challenge based on complementarity.

Popular understanding of complementarity has focused on the state’s unwillingness or inability to investigate or prosecute a crime. This understanding, termed the “slogan” version of complementarity, tends to overlook the first part of the Two-Step Process, which asks: have national authorities already investigated the same case? If the crime has never been investigated, it is admissible before the ICC, regardless of the state’s willingness or ability to prosecute.

Katanga was allegedly the Commander of the Front de Resistance Patriotique en Ituri (FRPI), an armed militia in the eastern part of the DRC. He, along with Mathieu Ngudjolo Chui, was charged by the ICC prosecutor with murder, the use of child soldiers, rape, sexual slavery, the intentional targeting of the civilian population, and pillage.

The crimes were all alleged to have occurred during an attack by FRPI troops under the command of Katanga and Ngujolo Chui on the village of Bogoro, in Ituri, on February 24, 2003. The prosecution alleged that over 200 civilians were killed in the attack.

Katanga was arrested by the Congolese authorities in early March 2005 in connection with the killing of nine UN peacekeepers in a separate incident. He was held without charges until his transfer to the ICC. Once in The Hague, Katanga challenged the admissibility of the ICC’s case on several grounds, including that it violated the principle of complementarity.

Katanga’s defense asserted that the DRC had been “willing” to try him at the time of his arrest and that he had been charged with crimes against humanity, making the ICC case inadmissible.

On the other hand, information provided by the Congolese state to the court about the case refuted these claims. The DRC maintained that it had not carried out investigations into the Bogoro incident and that a 2007 document referring to the Bogoro incident, which had been produced as evidence by the defense, was merely “procedural,” aimed at extending Katanga’s detention for other crimes.

The national proceedings did not involve the same case. Therefore, none of the scenarios in Article 17 applied — the case was admissible.

However, in response to the defense’s admissibility challenge, the ICC Trial Chamber invoked what may be described as the short-hand, or “slogan,” version of complementarity. The Trial Chamber overlooked the first question of the Two-Step Process and said that the DRC authorities had no intention of investigating or prosecuting Katanga, so the state was “unwilling” to do so.

The Appeals Chamber explained that willingness or ability of the state should only be assessed if 1) there are ongoing investigations or prosecutions or 2) if there have been investigations and the state decided not to prosecute — therefore, putting the focus on the first question of the Two-Step Process, not the second.

“It is only when the answer to these questions is in the affirmative that one has to look at . . . the question of unwillingness and inability. To do otherwise would be to put the cart before the horse,” noted the ICC Appeals Chamber.

“In Katanga’s case, no investigation had taken place or was taking place at the national level. Therefore, the case was already admissible without looking at the issue of the state’s willingness or ability to investigate or prosecute,” says Seils.

Katanga was ultimately convicted by the ICC as an accessory to the crimes of murder and attacking a civilian population, pillaging, and the destruction of enemy property. He was acquitted of the charges of rape, sexual slavery, and using children under the age of 15 to participate actively in hostilities. He was sentenced to 12 years in jail. This was reduced by the Appeals Chamber to 8 years and 4 months, as he had already spent over 6 years in custody. Katanga completed his sentence on January 18, 2016. He is now being held in the DRC on other charges.

The Handbook examines a number of case studies, including Colombia and Libya. Visit our multimedia presentation for an in-depth look at how the ICC and national courts have handled justice in those contexts.

National Courts as the First Line of Defense

In the global fight to end impunity, the first line of defense continues to be national justice systems. The national courts

The ICC has an important role to play, but, again, it is a court of “last resort” that must work with domestic systems.

For national efforts to be effective there are a number of steps that states can take to show they are serious about prosecuting serious crimes — including by trying high-level suspects who may have seen themselves as above the law.

These steps, which do not necessarily require spending huge sums of money, include:

Experience shows that without the significant help of civil society organizations working in the country (or the pressure they can put on governments) the chances of seeing justice tend to be low. Oftentimes, these groups are the closest link to victims — or are victims themselves.

The clearer the vision of national prosecutions, the easier it should be to secure international support for these efforts. Many governments provide generously for rule of law and access to justice programs through various forms of international aid and development programs.

At its core, the Rome Statute system — and the concept of complementarity — present a means for the international community to ensure that states make genuine efforts to hold perpetrators of serious crimes accountable, and to step in when states are either unable or unwilling to do so.

Says Seils, “It will be the quality of national efforts improving in the next 10 to 20 years that will determine the overall success of the project embodied in the Rome Statute.”

“It will be the quality of national efforts improving in the next 10 to 20 years that will determine the overall success of the project embodied in the Rome Statute.”