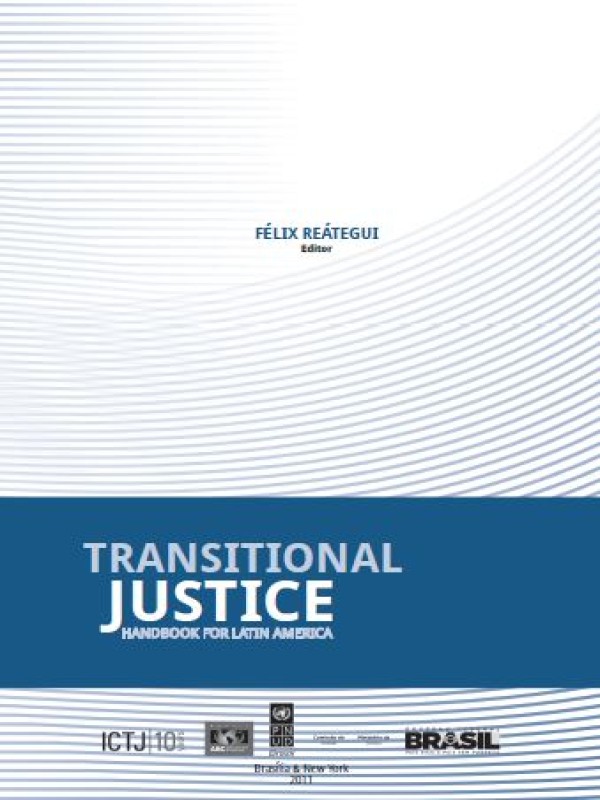 They have been interested specifically in understanding what the power plays are; what constellation of opportunities allows or determines the withdrawal of authoritarian or armed actors and opens the road to a restoration of a democracy or of peace. Based on these questions, a broad wave of reflection has emerged regarding what conditions allow not only for political transitions, but also for consolidation of democracy in the region—with democracy understood as the point where a State’s rule of law becomes the only possible set of rules for the game.

Without denying the importance of understanding these processes, it should be noted that the transitions referred to have a critical dimension that goes beyond, without negating, the horizons of negotiation and political competition. These farther horizons are the humanitarian problem and the challenges posed by building a rule of law based on the repressive character of authoritarian governments and on the abusive practices typically deployed against the people by the clashing parties to an armed conflict. In both cases, we can point to the accumulation of human rights violations that are often the dubious legacy of military dictatorships, such as those of Brazil, Argentina and Chile, and of internal armed conflicts like those in Guatemala, El Salvador, Peru or Colombia.

Thus, the challenges and responsibilities that societies emerging from authoritarianism or armed violence face are not only those related to an effective transition in terms of political institutionalism; they are also, and centrally, tasks relating to the provision of measures of justice for the victims of human rights violations, to the clarification and collective critical recognition of past events, and, finally, to the creation of conditions for sustainable peace. These are the tasks of the field of transitional justice—or the justice of transitions—on which this publication, titled Transitional Justice and subtitled, figuratively, Handbook for Latin America, offers a set of descriptions, explanations, reflections and insights on various experiences.

This book’s goal is to dialogue with the large and growing community of professionals, government officials, activists, and academics who are engaged in our region to promote the work of confronting the authoritarian or violent past of our countries. Latin America has become, in fact, one of the most dynamic areas in the search for routes to transitional justice in recent decades.

This is due not only to, stating the obvious, the unfortunate modern history of the region, marked by bloody dictatorships and multiple forms of collective violence; the dynamism of this field of demands, practices, and studies in the region is also due to a positive change in our conception of democracy: a more demanding and comprehensive understanding, which will not accept a definition of some abstract institutional stability, but rather demands the provision of a genuine experience of citizenship for the population. That is, it demands an experience of inclusion, an actual exercise of rights, and respect from the State and society. A central element of such a requirement is, of course, compliance with the debt of justice owed those who in the past have been victims of human rights violations and other forms of infringement of their fundamental rights by actions of the State or non-state organizations.