Many countries have endured a violent past or a dictatorship that left behind a trail of human rights violations. During transitions to peaceful societies or democracies, there is a need to address that painful past to ensure that the violations do not recur in future. While some countries have made or are making laudable efforts to deal with the atrocities of the past, others like Kenya are regrettably still at the phase of wishing the painful past away. 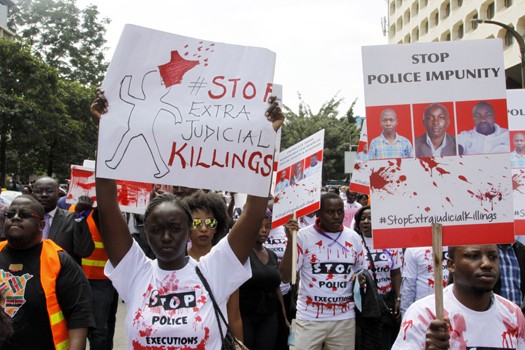 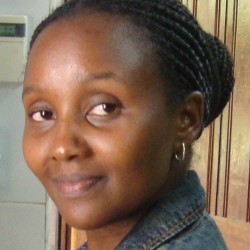 The Berlin Seminar on Truth, Justice and Remembrance, sponsored by the Bosch Foundation, enables up to 25 representatives of civil organizations and journalists to gain insights into the approaches, methods, and current challenges surrounding the process of coming to terms with the past. Through the program, journalists and representatives of civil organizations from around the world gain insights into the process of coming to terms with the past in Germany. They visit memorial sites and meet contemporary witnesses, politicians, and experts on remembrance. ICTJ Program Associate Agatha Ndonga participated in the program and contributed her insights on Kenya with the Berlin Seminar community. She writes:

Many countries have endured a violent past or a dictatorship that left behind a trail of human rights violations. During transitions to peaceful societies or democracies, there is a need to address that painful past to ensure that the violations do not recur in future. While some countries have made or are making laudable efforts to deal with the atrocities of the past, others like Kenya are regrettably still at the phase of wishing the painful past away. Though the country has had a history of both inter- and intra-communal conflicts, these conflicts have mostly been over the scramble for natural resources like water, pastures, and farming land. However, the post-election violence that rocked the country following the disputed 2007 general election was the turning point for the country.

It is important to understand the history of Kenya’s transitions and how they have affected peace and stability in the country culminating in the 2007 violence. Kenya has experienced various transitions since gaining independence from the British rule in 1963. Mzee Jomo Kenyatta becoming the first Kenyan prime minister in 1963 and the first Kenyan president in 1964 can be referred to as the first transition. Not long after gaining independence, the first president made Kenya a one-party state and failed to right the wrongs of colonialism. With the death of Mzee Kenyatta in 1978, Daniel arap Moi took over the presidency. Moi’s reign was dictatorial, wrought with human rights violations. It was during Moi’s reign that ethnic-based violence and clashes were instigated for political gain by Moi and his cronies. The clashes that have rocked some parts of Kenya every five-year electoral cycle were buoyed by Kenya’s return to a multi-party political system in 1992. While positive, a multi-party system in Kenya was abused by those in power as it threatened their political power; as a result, they instigated ethnic violence to retain political patronage. This transition also saw the clamour for a new constitution that would encompass reforms across the board gain momentum.

The return to a multi-party system and Mwai Kibaki ascending to power as the third president of Kenya marked the second transition for Kenya. Kenyans voted overwhelmingly for a new constitution which was promulgated on August 27, 2010. The promulgation of the 2010 Constitution of Kenya, the swearing in of the first government (President Uhuru Kenyatta—Mzee Kenyatta’s son—and Deputy President William Ruto) following the 2013 general election, and the encompassing devolution, is the third transition. This transition provided the perfect opportunity to address the past legacies of human rights abuse, but this was squandered.

The 2007-2008 post-election violence over a contested presidential vote left over 1,000 people dead and over 600,000 displaced caught international attention and resulted in the formation of the Kenya National Dialogue and Reconciliation (KNDR) mediation process, led by Dr. Kofi Annan. This team negotiated an end to the violence; for comprehensive constitutional reforms; and the establishment of a Truth, Justice, and Reconciliation Commission (TJRC) to ensure that this kind of violence never recurs in Kenya. As a result, the TJRC was established in 2008 to investigate and document gross violations of human rights and other injustices committed during the British colonial period and across the administrations of Kenya’s first three presidents, until the 2007-2008 violence. The TJRC was hailed as a mechanism that would propose sustainable solutions to promote peace, justice, national unity, reconciliation, and dignity among the people of Kenya.

The TJRC operations ended on May 3, 2013, with its final report handed over to President Uhuru Kenyatta on May 21, 2013. Though the TJRC report was thereafter gazetted by the attorney general, it was also tabled for debate and adoption in Parliament where it has stalled.  Parliament is meant to adopt the TJRC report in order for its recommendations to be fully implemented. As a result, not much has materialized with regard to implementation of its findings and recommendations in fulfilment of its objective and as expected by the public. The stalling is attributed to the fact that some of the perpetrators named in the report still hold public office. Consequently, a lack of public distribution or access to the report has hampered the  right to truth.

In March 2015, President Kenyatta acknowledged the human rights violations cited in the TJRC report, offered an official apology to all victims of past injustices in Kenya including the 2007 post-election violence, and established the Restorative Justice Fund to offer reparations to these victims. This commitment by the president made reparations for victims seem attainable. However, failure to adopt the TJRC report has proven to be a unique transitional justice challenge to dealing with Kenya’s past. The TJRC report has a comprehensive reparations framework meant to provide the much-needed structure that would ensure a smooth reparations process for victims of past atrocities. Reparations, together with memorialisation as a form of justice, are much preferred by victims, who appreciate that prosecutions are complicated in many contexts.

The other major transitional justice challenge has been the failure to pursue accountability for the crimes committed during the 2007 violence, despite consistent calls to action. To avert future recurrence, there is a need to either have an alternative justice mechanism or establish a domestic criminal mechanism to try persons responsible, as spelled out in the TJRC report.  The establishment of the International Crimes Division of the Kenyan High Court in support of prosecution these crimes continues to be largely politicized.

Regrettably, the police vetting process that was meant to reform the police institution into a more democratic, accountable, and effective institution that is aligned to the constitution has also ended up being a sham. The process that commenced on December 17, 2013, by the National Police Service Commission was part of effort at reforming the police service by assessing the suitability and competence of police officers and removing those found unsuitable, including those who are human rights violators. The process stalled after vetting the top ranks, due to the failure to realize trustworthiness and accountability of the police—who continue to commit human rights violations including extrajudicial killings and enforced disappearances with impunity.