Tunis—Youth activists from across Tunisia, representatives of state institutions, and experts from international nongovernmental organizations gathered on July 10, 2019, to discuss challenges to pursuing accountability for corruption crimes committed during the Ben Ali dictatorship and practical steps that civil society and government can take to overcome these challenges. 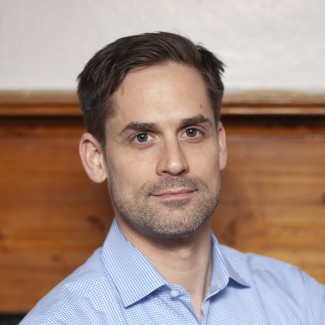 Tunis—Youth activists from across Tunisia, representatives of state institutions, and experts from international nongovernmental organizations gathered on July 10, 2019, to discuss challenges to pursuing accountability for corruption crimes committed during the Ben Ali dictatorship and practical steps that civil society and government can take to overcome these challenges. The daylong workshop was the last of three convened by ICTJ over the past several months that brought together activists and policymakers to address a range of topics related to corruption and Tunisia’s ongoing transitional justice process.

This third workshop focused on young activists’ perception of current efforts to hold individuals accountable for corruption, and the obstacles state institutions face going forward. The day was divided into three sessions, each led by a small group of panelists. Panelists included youth activists; the lead coordinator of the state litigation agency; and experts from ICTJ, Impunity Watch, and the Democratic Control of Armed Forces (DCAF). Each session centered around a specific question that panelists responded to and discussed. Panelists then opened the floor to participants who asked follow-up questions and commented.

Panelist Samir Marmouri of DCAF said that “It is only very recently that truth commissions started to see the importance of corruption and the link between corruption and human rights violations and integrated socio-economic rights in their mandates, which allowed them to investigate, prosecute and convict high level officials for these crimes.”

Tunisia’s Truth and Dignity Commission (TDC) exemplifies this shift, Marmouri said. The transitional justice law establishing the TDC, he stressed, explicitly defines corruption as one of the commission’s key competencies, and its final report contains an entire chapter of over 200 pages on the subject.

Grievances over the widespread and unchecked corruption during the Ben Ali regime have been at the heart of Tunisia’s transition to democracy. They were what largely fueled the mass youth-led protests and subsequent Jasmine Revolution in 2010 and 2011 that toppled the Ben Ali dictatorship and set off the Arab Spring. And they later figured prominently in the agenda of Tunisia’s post-revolutionary government and the nascent transitional justice process.

ICTJ Senior Expert and panelist Ruben Carranza has extensive experience working at the intersection of transitional justice and accountability for corruption, specifically in Tunisia, Kenya, the Philippines, South Africa, and, more recently, Armenia. He noted that the revolution in Tunisia was waged against not only the former regime’s corruption but more importantly the historical social and economic inequality between the country’s coastal and interior regions and between its poor and working classes and the elites who have dominated economic and political life. “This is the reason why the truth commission in Tunisia wasn’t only mandated to search for truth but to acknowledge the demand for dignity by marginalized Tunisians,” he said.

Since the revolution, youth movements, for their part, have led the public outcry against corruption, drawing attention to the economic and social exclusion it causes and galvanizing Tunisians of all backgrounds into action. When in 2014 a newly elected government hostile to the transitional justice proposed a bill that would have granted amnesty to thousands of former regime officials and businessmen guilty of corruption and financial crimes, the youth movement Manish Msamah (“I Will Not Forgive”) quickly mobilized and took to the streets to denounce the bill and the corruption it sought to launder. While the bill was withdrawn and eventually substituted with a law that limited amnesty to middle-level Ben Ali officials, Manish Msamah has remained vigilant against impunity for corruption.

That said, the preeminent concerns among youth activists are systemic corruption and the enduring harms it causes to the Tunisian economy and people. “We have talked about human rights and corruption but did not go back to what really fuels corruption: the economic and social policies of Ben Ali and Bourguiba… We need to rethink and restructure our development model to fight corruption,” said panelist Leila Riahi, a founding member of Manish Msamah.

“Ten years after the revolution, we are not able to say that people have died for anything in Tunisia,” she said, noting that the current system needs to be dismantled. “The transitional justice process did not take into consideration the marginalization that served the state apparatus.”

As for holding individuals accountable for past corruption-related crimes, the Tunisian youth activists seemed uncertain about their role. “The situation is very complex, and campaigns such as Manish Msamah are not enough,” Riahi said. “This campaign took place at a time when Tunisians were fed up and where claiming ‘we should not forgive’ allowed to shed light on a specific figure of the system… Perhaps, we will achieve better justice with the next revolution than what we have since 2011.”

“Corruption is an issue that we must face through a balanced portfolio of interventions,” offered Mehdi Cherif, founding member of the youth organization Generation Transition, while presenting on preventing corruption in Tunisia's educational system. “In order to figure out which ones to put into place, we should rely both on national case studies and on political vision.”

Already in Tunisia, a number of temporary and permanent state institutions, including the ad hoc Fact-Finding Commission on Corruption During the Dictatorship, the National Commission for the Fight Against Corruption (INLUCC in French), the state litigation agency, and a still-to-be-organized constitutional anti-corruption commission meant to replace INLUCC, are tasked with investigating and pursuing accountability for corruption. Apart from these bodies, the Specialized Criminal Chambers created by the 2013 transitional justice law adjudicates corruption cases from the dictatorship era sent to it by the TDC.

How the existing legal framework will handle cases of past corruption remains to be seen. But victims’ groups and advocates are hopeful that, in conjunction with broader justice processes, it can bring perpetrators to justice and repair damages.

To be sure, the fight against corruption Tunisia is a long one and it will require youth-led activism and broad and sustained public support. “Those who are fighting corruption must have an activist-oriented approach and exert a wider margin of maneuver than lawyers or judges, who are limited by the letter of the law,” said Mohamed A. Zouari, ICTJ Tunisia’s Legal Officer.

“Corruption contradicts the social justice we all want so deeply to achieve,” he said. ”We need to enlarge the scope of our reflection and of our actions.”