The Future of International Criminal Justice in Africa

Given the political challenges emerging from authoritarian states and conflicts in Africa, what is the best way to pursue accountability for violations of international human rights and humanitarian law on the continent? ICTJ experts Chris Gitari and Howard Varney sit down to discuss regional initiatives, complementarity, and other strategies for pursuing accountability. 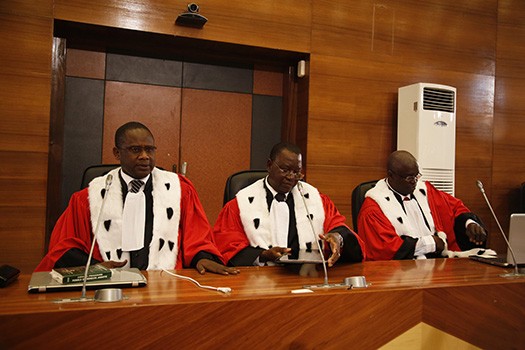 Given the political challenges emerging from authoritarian states and conflicts in Africa, what is the best way to pursue accountability for violations of international human rights and humanitarian law on the continent? ICTJ experts Chris Gitari (Kenya) and Howard Varney (South Africa) sit down to discuss regional initiatives, complementarity, and other strategies for pursuing accountability.

Howard Varney: What is the state of criminal justice in Africa, considering the developments over the past many years if not decades?

Chris Gitari: I would go with glass half-full view. I do not think the conversations at the elite political level about international criminal justice and accountability in Africa have gotten more substantive over the past 20 years. There has, however, been growth in the knowledge base within civil society, as well as a greater push for accountability for crimes of an international nature by Africans. You can analyze the case of former Chadian President Hissène Habré or the role of the South Sudanese people’s demands in that country’s revitalized peace process and eventual agreement, which now incorporates the establishment of a hybrid court with jurisdiction over international crimes. They suggest an increased awareness that impunity actually does undermine sustainable peace, and we must push accountability processes.

Howard: Many would be familiar with the Hissène Habré case and would regard it as a success story coming out of Africa and one that might be replicated. What impact do you think this case has had so far?

Chris: The push to hold former Chadian President Hissène Habré to account in a court in Senegal really came from African citizens pressing the Senegalese state and also the African Union to act on the long list of serious crimes committed during his reign in power. In terms of impact, I think as a result there has been a deeper commitment to international criminal accountability on the continent. There is now a stronger argument following the Habré case for an African court with jurisdiction over international crimes. On one hand, there is a sense that African states were using the establishment of the African Court of Justice and Human Rights to shield themselves from the ICC [International Criminal Court]. On the other hand, the ICC does not appear to be set up to prosecute other crimes of concern to African nations, for example, pillaging natural resources or financing wars that result in mass atrocities.

Howard: In essence, I agree with you. The momentum is much more buoyant than it has been in past years and the most positive sign of that is the Habré case. I think that we really have to mobilize around that case to see how it can be used at the domestic level, within the judiciaries of other countries on the continent. But could you also mention a little bit about the Malabo Protocol. What’s that all about?

The Malabo Protocol is the legal instrument that the African Union adopted in 2014 after a 34-year debate about how to combat the worst human rights violations. There was a feeling that a regional approach could help build political will for pursuing criminal justice cases within Africa. The protocol creates a new section within the African Court of Justice and Human Rights, an amalgamation of the two existing African regional courts. The new section enables the court to have jurisdiction over 14 crimes including the 3 core international crimes of genocide, war crimes, and crimes against humanity. To make sense of this development, it helps to compare the commitment of African citizens with the commitment of the African political elite. The political elite is much more resistant [to justice], only broaching the idea on a superficial level, whereas civil society and other non-state actors are very clear minded about the need to hold leaders to account for the worst crimes being witnessed on the continent. The protocol tries to bridge this gap by vesting this regional court with jurisdiction over international crimes (over and above human rights matters) and advancing complementarity across the continent.

Howard: The Malabo Protocol hasn’t come into force as of yet because it is short of the 15 ratifications it needs to become law. A few years ago, there were very powerful forces in both of our countries working against the ICC. South Africa’s withdrawal was however stopped in the courts and it has not been subsequently pursued. Kenya ultimately has not sought to withdraw. The Gambia has revoked its withdrawal notice. It’s really only Burundi [that has withdrawn from the ICC]. So, in fact, there is more support right now for the work of the ICC on the continent than there has been in years. Chris, do you think we really need to invest in the ratification of the protocol when it doesn’t seem like there’s any support for it among the member states of the AU [African Union]?

Chris: Going back to the Habré case, he was prosecuted after he had left office. In the vicissitudes of politics, powerful leaders eventually fall. And the question we pose to ourselves as Africans is: When the moment comes to hold persons to account, do we have the means and structures and mechanisms to do so? The fact that we had to set up this [special] court in Senegal to then prosecute indicates that we didn’t have them at that time. Now, when we assess the conversations around the Malabo Protocol and the establishment of a court with jurisdiction over international crimes, there is an argument for having the appropriate venue, structure, and institution ready when the moment comes. It is important that the forum meets international standards and ensures some degree of stability and protection: the right to a fair trial, clear rules of procedure, and the absence of undue political influence. Arguably, these are the advantages of the ICC system, and any regional approach will have to offer the same to defendants to succeed.

When you think about the experiences of Kenya and of Sudan, where sitting presidents were being called to account but had enormous influence on local judicial systems, or when you think about [former Sudanese President Omar] al Bashir who was able to traverse the African continent despite a warrant for his arrest, you realize that when people are in power, justice will remain elusive. I think, however, that, with organized advocacy, we can hold these leaders to account in the long term. Within this context, I think courts like the one to be created by the Malabo Protocol will be quite strategic for Africa.

Chris: Howard, what’s your sense? In particular, is there a future for efforts given your own experience pushing for accountability with respect to apartheid crimes?

Howard: I do think there is a future for international criminal justice on the continent. And that future has to be explored. We must proceed at the regional and local levels without excluding the ICC, once the appropriate complementarity test has been applied. I think we need to find ways to replicate the Habré case in a manner that is more streamlined, less cumbersome, and perhaps not as expensive. I’m definitely open to a Malabo-type approach, if it is going to be a serious and meaningful endeavor. My concern is the anti-ICC context in which the Malabo protocol developed. It raised questions, given that there were key players on the continent who made it quite clear that they didn’t want to see international justice in Africa because it apparently worked against other imperatives such as peace and stability.

ICTJ: There are resources that have to be pulled together in order for a fresh regional court to get off the ground. When one considers how much it took to get the ICC going, a regional court, while more modest, would still require a substantial investment. Will this be worthwhile, or rather should countries be focused on special, ad hoc, or hybrid-type courts, such as the court being proposed for South Sudan?

Howard: I think we need to explore what is happening on the domestic level. We have to encourage investigators and prosecutors as well as judges to be open to charging perpetrators with international crimes. And I know this is not straightforward. For example, as we speak, there is a case involving an enforced disappearance in South Africa where we are trying to persuade prosecutors to treat it as ongoing crime, according to international law, and we are encountering resistance. We have to keep fighting those battles.

Chris: I agree, and we should certainly be focused on ways to build domestic capacity. You can start out as a hybrid court with foreign judges and then move to a solely locally staffed jurisdiction when there is more capacity.

Howard: I also think a very significant and positive development regionally is the adoption of the transitional justice policy that the AU will now be encouraging member states to apply. Of course, it remains to be seen how far it’s going to go. Chris, what tactics or strategies could activists on the ground potentially use to try to make this policy something of a success, and to ensure that it speaks to victims on the ground?

Chris: One of the challenges that we have faced in Africa is the notion that because some of the origins of transitional justice are in Latin America, it is a foreign concept that may not be core to Africa. The AU policy does change that a bit. It is an attempt by the AU to define what transitional justice is in the African space. It is a document that advocates can use to knock on doors to implement their local agendas more strongly and say, “As Africans we have agreed that we have an approach; this is a policy by Africans.” This is a big win. It redefines what transitional justice is from an African experience and perspective and I think that’s powerful.

Howard: I agree. I think, at a global level, the policy is a very welcome and positive development. Aside from a few technical issues, I think the policy, if implemented, would significantly advance justice on the continent as well as the cause for victims’ rights. And we should increase our engagement with the AU and its structures.

PHOTO: Judges preside over the trial of former Chadian President Hissène Habré, in Dakar, Senegal, on July 20, 2015. The former Chadian leader was charged with crimes against humanity, war crimes, and torture during his rule from 1982 to 1990. The landmark case was the first time a court of one country in Africa prosecuted a former ruler of another country. This was also the first universal jurisdiction case to proceed to trial in Africa. (Getty Images)