Who Is Worth a Statue?

In the wake of the mass demonstrations in the United States, activists in European cities similarly took the streets to protest against racism and police violence. In Belgium, mostly young activists have defaced statues of King Leopold II with red paint, insisting public spaces be "decolonized" that commemorate the monarch who personally owned the Congo for more than two decades before relinquishing it to the Belgian government which then controlled it for half a century. Are Belgian and other societies in Europe ready to reckon with the truth of their colonial legacies? 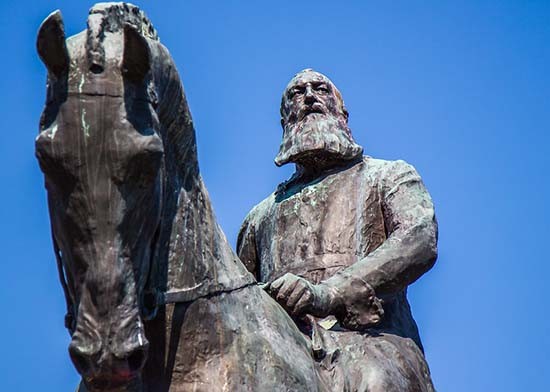 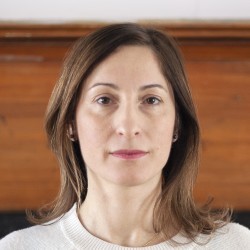 A friend recently told me about her unsuccessful fight to compel the municipal council in her small Italian town to allocate emergency funds to resident undocumented immigrants during the COVID-19 pandemic. “It’s not like I’ll get a statute for it,” she quipped. Little did she know that statues and historical monuments more generally would be at the center of public debate in Italy and elsewhere in Europe and the United States a few weeks later.

In the wake of the mass demonstrations in the United States, activists in European cities similarly took the streets to protest against racism and police violence. Both issues are inherently different in Europe, where societies are not blatantly defined by race and where the legacy of the colonial era is far more insidious in individual and collective memories. In Belgium, a small country hosting the European Union (our most successful peace and reconciliation process), mostly young activists have defaced statues of King Leopold II with red paint, insisting public spaces be "decolonized" that commemorate the monarch who personally owned the Congo for more than two decades before relinquishing it to the Belgian government which then controlled it for half a century.

Leopold II ruled the Congo with exceptional cruelty and greed. Under his authority, Belgian colonists waged a campaign of violence and terror occurred against the local population, brutally forcing men, women, and children to harvest the country’s rich rubber reserves and extract of other natural resources in inhumane conditions through deprivation and the threat of murder. According to historians, five to eight million Congolese died as result. Children of mixed races were abducted from their families, placed in state orphanages, and then abruptly abandoned when the country gained independence. These children were taught to say, “My father is the state.” Belgian colonial authorities perpetrated similar horrendous acts against children in Burundi and Rwanda—acts for which the Belgian Prime Minister apologized in 2002.

Over the years, there have been recurring debates in Belgium about a possible acknowledgment by the government of its and the sovereign’s roles in the abuses committed during his reign and the colonial period. But the recent mass protests against racism have shined a brighter spotlight than ever on the issue. In the past few weeks, media outlet have published numerous analyses on the legacy of the country’s colonial past, political debates have been reignited, several statues have been removed from university halls and public squares, and unofficial declarations on Leopold II from the royal palace have been circulating. On June 16, a group of Belgian and international historians issued a powerful public statement that underscored both Leopold II’s and the Belgian state’s unequivocal responsibility for atrocities committed in the Congo, characterized the debate around possible apologies as a political choice, and made clear the linkages between past abuses and present discriminations in the Belgian society.

Then, on June 30, in a climax only history can conjure, King Philippe of Belgium sent a letter to Democratic Republic of Congo (DRC) President Félix Tshisekedi, in honor of the 60th anniversary of the DRC’s independence. In an unprecedented gesture, he expressed in the letter “his deepest regrets” for the violence and brutality inflicted on the people of Congo during Belgium’s rule, closing the circle to a speech made in 1960 by DRC’s first prime minister, Patrice Lumumba, in which he proclaimed an end to the racial discrimination and abuses of the Belgian colonial era. At an official ceremony later in the day, the Belgian prime minister affirmed this momentous juncture for the country, from where it now embarks on a journey of truth and memory, and announced the establishment of a parliamentary truth and reconciliation commission.

Will the Belgian government inaugurate a new historical course on the European continent by rectifying the country’s biased and whitewashed historical narrative? Is Belgian society mature enough to come to terms with its savage colonial past? Are other societies in Europe ready to reckon with the truth of their own colonial legacies? In many of European countries today, political candidates voicing nationalist and populist ideas have been attracting voters, many of whom increasingly perceive immigrants as a major source of society’s problems. Young activists and second-generation immigrants, however, are pushing back. They are calling for a more accurate and inclusive public understanding of Belgian history; reforms to the history curriculum in public schools; and societal awareness about the country’s past wrongdoings. Any meaningful response to these demands will require strong political leadership and institutional honesty. And eventually, such bold action might be worth of a statue.

PHOTO: Monuments to Belgian King Leopold II such as this one in Brussels have been the subject of criticism and debate in recent weeks. (Antonio Ponte/flickr)