New York—ICTJ closed its office in Côte d’Ivoire on July 1 after eight years of operation due to several factors including a lack of political will in the government and difficulty securing funding. Although a sad moment for the organization, ICTJ is proud of its achievements in the country and remains confident that its local many partners will continue to advance justice. 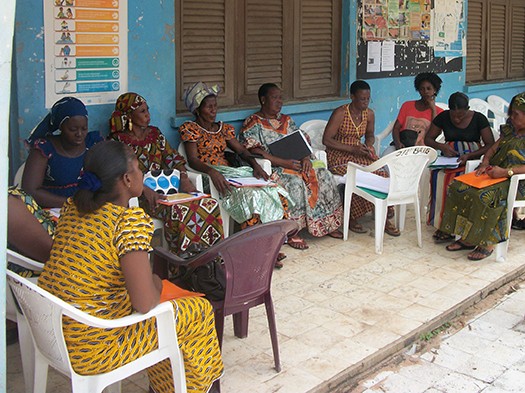 New York—ICTJ closed its office in Côte d’Ivoire on July 1 after eight years of operation due to several factors including a lack of political will in the government and difficulty securing funding. Although a sad moment for the organization, ICTJ is proud of its achievements in the country and remains confident that its local many partners will continue to advance justice. “Many of the people and organizations we worked with will be now capable for keep pushing and advancing their rights, without us having to be there,” said ICTJ’s senior expert on Côte d’Ivoire, Cristián Correa, in a recent interview.

In late November 2010, violence broke out in Côte d’Ivoire immediately following the presidential election, in which incumbent President Laurent Gbagbo refused to concede to his opponent and former Prime Minister Alassane Ouattara who had won the vote. The violence was polarized along historical ethnic and regional divisions, and quickly spiraled into a bloody civil conflict that lasted into April 2011. Actors on both sides committed human rights violations, including extrajudicial killings, torture, and sexual violence. Vulnerable populations, in particular women and children, were victimized. All said and done, the conflict left 3,000 people dead and over a million people displaced.

In 2012, President Oattara initiated a transitional justice process, swearing in the Commission for Dialogue, Truth, and Reconciliation and taking steps to hold perpetrators of the 2010-2011 political violence. He later set up the Special Inquiry and Investigative Unit (CSEI) to investigate and prosecute crimes committed during the crisis and created the Ministry of Solidarity, Social Cohesion, and Victims Compensation, promising reparations for victims.

Under the leadership of Mohamed Suma, ICTJ’s head of office in Côte d’Ivoire, ICTJ provided technical assistance to the CSEI on investigative and prosecutorial strategy and case planning. The ICTJ team also collaborated with civil society organizations and victims’ groups including those in remote areas, substantially strengthening their capacity to effectively engage with state actors to shape the design and implementation of acknowledgement and reparative measures. The team worked closely with young people and youth activist groups, such as the Réseau Action Justice et Paix (Justice and Peace Action Network), on the prevention of future violence and the promotion of social cohesion. “We helped the government design policies and understand transitional justice concepts,” Suma said. “We also helped victims groups think strategically and transform their anger and grievances into demands for real political change.”

However, despite the Ouattara administration’s initial commitment to transitional justice, it demonstrated time and again a reluctance to fully implement accountability measures, to follow through on the truth commission’s recommendations, and to begin in earnest the reparations process. “The two main reasons [for closing the office]—financial and the lack of political will in the government—are interconnected,” explained Correa. “The financial issue was brought on by the lack of political interest of the international community, which was influenced by the government.”

While ICTJ may have closed its office in Côte d’Ivoire, it remains actively engaged in the country, monitoring the political situation from the region and providing technical support to partner organizations including women, youth, and victims’ groups. “We will continue to evaluate the developments and stand ready to progressively come back if and when the environment allows it,” said ICTJ Deputy Executive Director and Director of Programs Anna Myriam Roccatello.

PHOTO: A cornerstone of the Côte d’Ivoire office's programming was collaborating directly with victims' groups. Here, for instance, ICTJ convenes a women victims' working group in a region outside the capital. (ICTJ)​