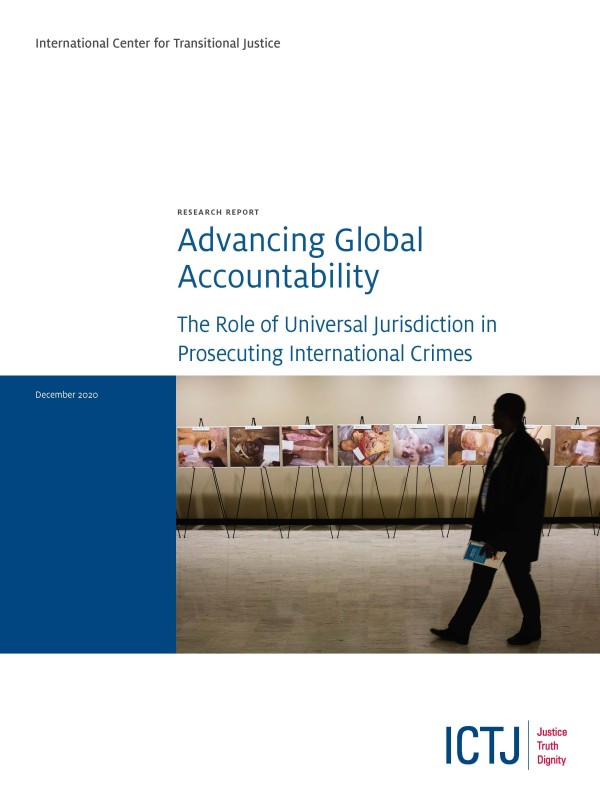 Recourse to universal jurisdiction as a justice mechanism for victims of international crimes has become increasingly popular in recent years. This is especially so given the small appetite for criminal accountability in countries where violations take place and the considerable shortfalls of the international justice system. Although universal jurisdiction faces serious challenges at the conceptual, legal, political, and practical levels, it often remains the only avenue for victims to pursue justice and address the “impunity gap.”

This study considers the rationale for universal jurisdiction and describes the challenges and controversies it faces today. It explores similarities and differences between domestic laws that give effect to universal jurisdiction and considers the leading role played by nongovernmental organizations in generating such cases at the domestic level.

In particular, the study focuses on the use of universal jurisdiction with respect to serious crimes committed in Syria and provides examples of cases brought before various domestic courts. It also explores the relationship between accountability initiatives for Syria at the international level.