For many victims of human rights violations and international crimes around the world, the prospects of holding perpetrators to account, especially high-level individuals, have long seemed farfetched, given current political and legal hurdles and the limitations of international criminal justice mechanisms. For this reason, the multiple ongoing investigations into international crimes committed in Syria and court cases against suspected perpetrators based on the principle of universal jurisdiction across Europe have offered a ray of hope in an otherwise bleak justice landscape. 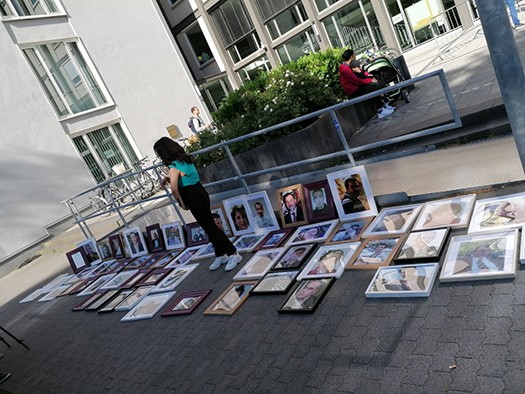 For many victims of human rights violations and international crimes around the world, the prospects of holding perpetrators to account, especially high-level individuals, have long seemed farfetched, given current political and legal hurdles and the limitations of international criminal justice mechanisms, including hybrid, ad hoc tribunals, and the International Criminal Court (ICC). For this reason, the multiple ongoing investigations into international crimes committed in Syria and court cases against suspected perpetrators based on the principle of universal jurisdiction across Europe have offered a ray of hope in an otherwise bleak justice landscape.

Earlier this month, member states of the ICC gathered for a hybrid in-person and virtual 19th session of the Assembly of States Parties to the Rome Statute. At the top of agenda, of course, were the recent recommendations of the Independent Expert Review, the United States sanctions against high-level ICC officials, and the election of six judges and the court’s new prosecutor —a process that has been delayed and fraught with some controversy in recent months. Nonetheless, states parties and other stakeholders managed to tackle other pressing issues facing the ICC and the international criminal justice field more generally. For instance, ICTJ, in partnership with the Governments of Australia, France, Germany, and the Netherlands, opened this year’s program of side events with a panel discussion on the application of universal justice to advance accountability for international crimes and its implications for Syrian victims. Taking as its point of departure ICTJ’s recent report, Advancing Global Accountability: The Role of Universal Jurisdiction in Prosecuting International Crimes, panelists reflected on various efforts currently underway outside Syria to hold individual perpetrators and the Syrian government to account for international crimes and other human rights abuses committed during the country’s nine-year conflict.

Paul van Den Ijssel, the Dutch permanent representative to the International Criminal Court (ICC) and the Organization for the Prohibition of Chemical Weapons, gave the event’s inaugural remarks. He spoke about his government’s decision to hold the Syrian government to account for breaching its obligations under the United Nations (UN) Convention Against Torture and committing human rights violations. The International Court of Justice, the UN’s highest court, could ultimately settle the dispute. “This is the next step in the process of combating impunity and obtaining justice for Syrian victims of the most serious crimes under international law,” Van Den Ijssel explained. He also emphasized that all parties to the conflict must cooperate with each other in order to achieve accountability for the Syrian people. “Without justice, there is no lasting peace. And without hearing the voices of victims and survivors, there will be no justice,” he said. “Therefore, the participation of victims and survivors is key, as is a victim-centered approach to justice and accountability.”

ICTJ’s Deputy Executive Director and Director of Programs Anna Myriam Roccatello moderated the panel. In her opening comments, she asserted that criminal accountability requires a range of complementing initiatives, of which the application of universal jurisdiction is but one, albeit critical, component. She then directed the first question to panelist Howard Varney, ICTJ’s senior program advisor and coauthor of the Advancing Global Accountability report, about the viability of universal jurisdiction as a lasting mechanism for achieving justice and the role that international stakeholders and civil society organizations can and should play in it.

Panelist Almudena Bernabeu, however, expressed concern about the myriad obstacles impeding efforts to pursue accountability for international crimes. “If the field of accountability is to survive all the threats, from the sanctions imposed on the ICC, to universal jurisdiction being undercut, to the weakening and disabling of the IIIM [International, Impartial and Independent Mechanism], we will have to find formulas in a more normative, sustained, and perhaps organized way for victims to be involved in the process,” said the cofounder of the Guernica Group and co-head of Guernica 37 International Justice Chambers,

Panelist Mazen Darwish, president of the Syrian Center for Media and Freedom of Expression, took up a question posed by Roccatello about what the international community can do to support Syrian civil society organization in their fight against impunity. “We are facing some challenges collaborating with European war crimes units in addition to facing issues with a lot of European countries’ domestic laws that lack the principles of universal jurisdiction,” he said. “Nevertheless, we need to professionalize the work of Syrian civil society organizations and give them the essential tools to sustain their support and contribution to universal jurisdiction and the fight against impunity.” He then added, “Syrian civil society organizations acknowledge that justice is not a tool for political revenge, but rather a guarantee for sustainable peace in Syria. Without justice and accountability, refugees will never return to Syria voluntarily and extremism will not be defeated.”

Panelist Ibrahim Olabi reiterated the importance of including and supporting Syrian civil society organizations, especially victims’ groups. The founder of the Syrian Legal Development Programme and barrister at Guernica 37 said that involving victims is critical to accountability and healing processes, the fight against impunity, and the strengthening of the rule of law, particularly in countries such as Syria where victims have been silenced. He then described the situation in Syria as an ongoing war of amplified narratives and advocated for a coordinated effort to counter misinformation, including protecting Syrians who speak out and giving them greater and legally legitimate platforms to amplify their voices.

According to TRIAL International’s 2020 universal jurisdiction report, 25 cases involving crimes committed in the Syrian conflict have been initiated in Austria, France, Germany, Hungary, the Netherlands, Norway, Spain, and Sweden. So far, four of these cases have resulted in convictions, three cases are currently at the trial stage, indictments have been issued in another four, and more than dozen cases are under formal investigation. Among the 25 cases, 20 were cases based purely on the principle of universal jurisdiction. As the panelists discussed, the teams advancing these cases could greatly benefit from open and fluid collaboration among governments and the two major global initiatives to pursue accountability for international crimes committed during the Syrian conflict: the Independent International Commission of Inquiry and the International, Impartial and Independent Mechanism.

In the panel’s final segment, Varney presented some of the recommendations from the recent ICTJ report aimed at strengthening universal jurisdiction. He encouraged states parties to adopt carefully crafted domestic laws that formally penalize international crimes and empower their law enforcement agencies and courts to bring perpetrators of these crimes to justice based on the principle of universal jurisdiction. Varney also expressed hope that more countries might follow Germany’s lead and carry out structural investigations into apparent human rights violations with a view to exposing the systemic nature of these violations and identifying key suspects. Finally, at the international level, Varney said “we would like to see UN members adopting guidelines that promote the effective and practical use of universal jurisdiction.”

Over 100 guests participated in the two-hour event, several of whom posed important questions and offered insightful comments. The diverse panelists and speakers agreed that the application of universal jurisdiction represents a meaningful and viable mechanism for global justice. They also urged all stakeholders to coordinate their efforts and collaborate with victims and civil society groups to facilitate cases involving crimes committed in Syria. “Despite the significant amount of time it requires for complex criminal proceedings to see the light, the victims’ resilience, commitment, and continuous efforts have proven pivotal in bringing cases to justice,” said Roccatello in closing.

PHOTO: Portraits of Syrian detainees are displayed outside the Higher Regional Court in Koblenz, Germany, where trials began in April 2020 of two former Syrian intelligence officials for war crimes inside Syrian prisons. (Syrian Center for Media and Freedom of Expression)